How to Become the Taylor Swift of Film Editing

The person who brings a movie or television show to life is a film editor. The plot, tone, and overall effect of a movie are shaped by the editor just as much as by the director or writer. Because of this, the film business places a great value on experienced editors.

What Exactly Is a Film Editor?

A film editor is in charge of organizing and editing the raw material from a filmmaker to create a coherent final product. To make a final feature film, television show, or another piece of work, an editor must first review all of the film footage created for motion pictures or television programs, choose which material to use, and then put that footage together using video editing software.

In addition to cinema, a video editor can work on many other types of projects. Among these projects are advertisements, business training videos, music videos, TV shows, and social media material.

This process typically includes studying and taking notes on the footage, organizing it into scenes and takes, and then developing the story with the director.

To be effective in their jobs, editors must have several talents. They are as follows:

You may succeed as a video editor by developing a variety of talents. A creative arts college’s film and sound design curriculum will help you polish the majority of these talents, many of which you already possess. Learning these abilities is crucial for your success as a video editor, whether it’s paying attention to detail or being detail-oriented.

The viewers of the video will catch even the tiniest inaccuracy. Being diligent and keeping track of every aspect of the video editing process is crucial for a video editor. You must have a keen eye for camera angles, special effects, and motion continuity if you want to succeed as a video editor.

It is your responsibility as the video editor to maintain the video chronology straight and to remember all of the subtleties of the video material. How is video content organized? Some scenes in a video might be shot out of order, and it is your obligation to put the video together according to the director’s concept.

When you begin editing a video, your work does not cease until you have a finished result. Understanding the director’s overall vision is critical. The capacity to remain cool in high-stress situations is an important part of following through. Furthermore, you must be committed to producing high-quality content.

Communication is vital both orally and in writing. Working with others after the shoot and throughout the final video cut will take up some of your time. As you will spend time reading fresh and altered screenplays, you must also have a strong talent for written communication.

Understanding what the director is saying and listening to them is a necessary part of the job of a video editor. During the revising process, you must pay close attention to what others are saying, ask pertinent questions, and refrain from interjecting while ideas are being expressed.

6. Collaborate well with others

You will need to ask the director questions about their concept and how they want the film edited. You may also collaborate with the cameraman, sound designer, special effects editor, and other film set workers as a video editor. To meet deadlines and complete final video projects, you will need to be able to work alone in addition to collaborating well with others.

There will always be adjustments during the video production process, so you must be flexible and adaptive. The director may request that you cut a sequence or dub over a certain sound at the eleventh hour. You must be adaptable in order to deal with manufacturing delays.

Knowing the proper people is important for success in the film, video, and entertainment industries. You will require interpersonal skills and familiarity with the film business. On the set, you may meet friends, participate in workshops, and join filming groups. Social networking is a fantastic tool for expanding your network.

How to Work as a Film Editor?

Here are some pointers to becoming a film editor:

Aspiring video editors should see as many movies, television series, music videos, and short films as they can. Take note of the film’s rhythm, timing, and editing approaches. What is the duration of each scene? How rapidly does the editor transition between shots? What sound effects or visual clues does the editor use to bring tension, drama, or levity to a scene? Paying close attention to the work of the editor in a film will help you create your film editing style and method.

Enrolling in a film school, university, or community college that offers degree programs in film production is one of the best ways to start your professional route toward editing. Several locations around the United States offer film courses, while there are undoubtedly excellent film schools in New York and Los Angeles. If you pursue a bachelor’s degree in film and video production, you will have access to film editing classes and the kind of software frequently used to edit film and video material, such as Final Cut Pro and Adobe Premiere.

Coursework at a film school will typically include training in other aspects of film production and post-production, such as visual effects, cinematography, screenwriting, and general film theory, all of which are critical in providing film and video editors with a well-rounded understanding of visual storytelling.

Although it might be difficult to find editing employment, working as a production assistant on a movie set or in a low-level position at a Hollywood production company can help you get significant work experience.

Working alongside directors, cinematographers, camera operators, and assistant editors, these positions can help you get your foot in the door of the film industry. Although this kind of job frequently entails long hours for little money, it may also help you get familiar with the film business and build a network of contacts that can help you gain editing employment in the future.

Previously, ambitious editors needed access to large, expensive editing equipment if they wanted to produce work worthy of a reel. However, with the growth of digital media and consumer video editing software, the editing process has become easier and more economical than ever before. Produce and edit your work if you can’t locate video editor gigs.

Offer to proofread your pals’ work. Even shady, low-paying editing jobs will help you hone your editing and computer abilities, allow you to explore areas where you may not be as strong, like special effects, and provide job training that you can use for professional employment. In any case, the result will be something you can add to a collection.

You can build essential editing abilities by learning on the job while you’re employed. You should experiment with your work while paying attention to accomplished experts. Your technical and artistic abilities will both improve thanks to this combo. To position yourself for success, you can increase your knowledge of pertinent subjects.

Additionally, you’ll want to make sure that you remain current with new tools and technologies. You can also learn more about camera or sound work to expand your career options. You may build a network of contacts by doing this as well.

It’s time to begin your adventure into film and sound design now that you are aware of the abilities required to be a good video editor. Along with video editing, this curriculum will teach you about filmmaking, film production, and sound design. A comprehensive education in filmmaking can help you become a more skillful and compassionate video editor.

Building a portfolio and networking are two prerequisites for success in the industry of film and video editing. In most cases, you will begin your work as a trainee or runner. You can advance to the post of assistant editor from there.

Editors often work as assistant editors for three or four years before becoming certified editors. Whatever your future ambitions are, you must be willing to start at the bottom and be proactive. Because this sector is always evolving, adaptability is essential to advancing your career. If you’re willing to relocate, you may improve your chances of getting a position in the early phases of your career.

What is Outsourcing Bookkeeping with its Offerings?
Rajat 4 min read 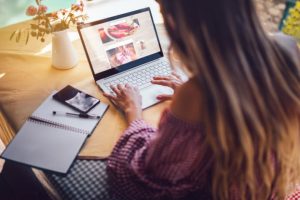